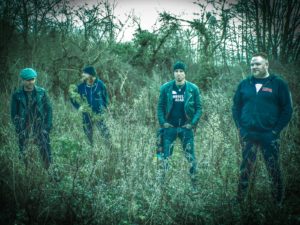 Broken Soul are a four-piece band brought together by their love of hard rock, hard times, difficult pasts and apparently rum, (according to Darryl). The band consists of Ade Ingate on guitars, Alex Stoneham vocals, guitars and keyboards. Tim Spinks bass and vocals, and Darryl Whitpen on the drums and vocals. 2019 saw the release of their debut album ‘A Little Part of Me’, the year also saw them share stages with the likes of False Hearts, Gallows Circus, Spidervayne, Dead Man’s Whiskey, The Amorettes, Hollowstar and Massive Wagons. Broken Soul are a band who don’t like the word genre and you can hear why when you listen to A Little Part of Me, the album has a wide range of styles of music, but all have that Broken Soul sound. With album number two in the works and set for release in summer of 2020, and several great shows already lined up for the year ahead including a tour in support of the new album. This year is set to be an excellent one !